The Internet Broke and You Couldn't Do Internet Marketing on Twitter 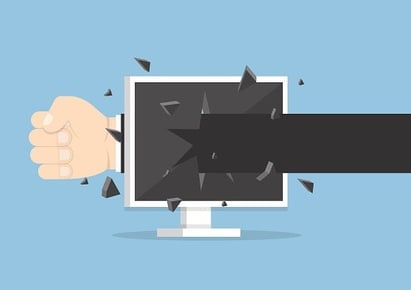 If you climbed on the internet this morning (of course you did!) you may have noticed your favorite sites weren’t accessible or working properly. Popular sites like Twitter, Netflix and PayPal, among others, were affected by a wide-scale attack on a major hosting server.

There have been multiple reports that the outages and problems have been fixed, but a quick trip to some of the affected sites reveal that many websites are still facing issues.

We found a great article from Gizmodo on the subject. They have been keeping track of the updates and have a very good pulse on the situation. Here’s a bit of their coverage from this morning:

This Is Probably Why Half the Internet Shut Down Today [Update: It’s Happening Again]

Written By: William Turton From Gizmodo

“Twitter, Spotify and Reddit, and a huge swath of other websites were down or screwed up this morning. This was happening as hackers unleashed a large distributed denial of service (DDoS) attack on the servers of Dyn, a major DNS host. It’s probably safe to assume that the two situations are related.

Update 12:28 PM EST: Dyn says it is investigating yet another attack, causing the same massive outages experienced this morning. Based on emails from Gizmodo readers, this new wave of attacks seems to be affecting the West Coast of the United States and Europe. It’s so far unclear how the two attacks are related, but the outages are very similar.”

When will everything be back to normal? It seems that no one can say.

So, what should you do now that you can’t tweet your beloved followers? If you can’t think of an alternative time filler or entertainment source than social media, you need more help than we can provide.