Having a Job You Enjoy Is Important, Even to an 83 Year Old Man 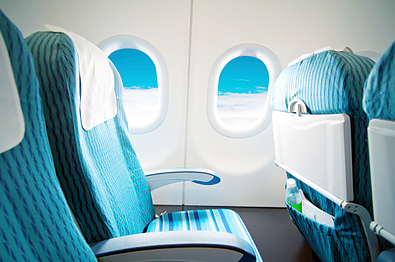 Today I made a new friend on my flight from Frankfurt to Rome but when I climbed into my seat next to the window I had no idea that a treat was waiting for me as I sat next to this elderly couple, who were also on Holiday. I thought I would disappear into my computer and headphones but instead I was reminded how important it is to be able to contribute in this world through your work and how important it is to share those stories; even when you’ve been retired for 17 years.

My new friend is Dietrich, an 83 year old German man who started working for Siemens as an apprentice in 1947, right after the war. He lived in West Germany and had the opportunity to work with the American Army as one of his customers. It was clear that he loved his Job and was very proud of what he had accomplished. You have to picture this scenario though because it was priceless.

First of all Dietrich was sitting in the isle and his wife was sitting next to me. She began a simple conversation with me while we were still on the ground. It was simple because her English was very basic but she had a lovely smile. We made small talk and then Dietrich started talking and leaning over her. His English was much better. Every once in a while she would ask him to translate because she couldn’t think of the word. But quickly he leaned farther over her and began telling a story. This must be common for him because she made him get up and switch places so she wouldn’t be between us. This was when I knew I was not going to be working on my computer much.

You might be thinking, why was I alone? Well my wife, Kathryn and I got split up.

Dietrich’s hearing is very poor and he leans in a lot. For most of the conversation he was 6 inches from my face. At first this was a little disconcerting but it was clear that he really wanted to talk and completely enjoyed having someone to tell his stories to.

He told me about the way Germany was separated after the war and how the Americans and the West Germans had to create a communications network to connect the towers along the dividing zone. He pulled out the airplane magazine and showed me the map where he kept motioning with his hand to describe where he worked. Later I discovered that he didn’t need the map as he kept touching my computer and making the same motions with his fingers. I didn’t quite know what he was doing but I could see in his eyes that it was as if it were yesterday. He was so engaged in the conversation and except for a few questions and nods of my head I was only required to be a good listener in this conversation. It was precious and priceless.

In fact he told me three times that he was making a long story short. Every time I smiled as if I was simultaneously struck with the sense that I had heard this before and at the same time new it wasn’t really true. To be honest I didn’t want to go back to my computer. I was content to listen to as many stories as he would tell.

I learned about setting up radio systems in the 50’s so that the Russians couldn’t interrupt the signal. I learned about how he came up with an idea to stop the young American soldiers from tearing up the bars by bringing them the first Armed Forces TV in Germany; Dietrich’s idea, no kidding. He said that the U.S. Army flew TV tapes over from the states every day so they could rebroadcast them. They didn’t have satellites yet to send the signal. I even learned how he came up with a plan to let the U.S. army continue target practice with their tanks and let the local villagers get some peace and rest from all the noise. And all of this on a 90 minute flight.

What I found myself thinking in between the moments of Dietrich’s compelling stories was how much I talk about having fulfilling work. I realized that even though Dietrich had been retired for over 17 years the stories he chose to tell were about when he was working, how he had solved unique problems, and was able to have a significant contribution. It didn’t matter that they happened between 40 and 50 years ago. It didn’t matter that I was a stranger on a plane. What did matter was that I was an American and it reminded him of fond memories.

It was a pleasure to hear his stories and to be reminded that no matter how old we are, as long as we draw breath, there is tremendous value in having work that allows us to contribute and the ability to share that with others. Dietrich was a blessing to me and my Anniversary trip, and my life is that much richer because of it.

What do you consider to be fulfilling work?