Internet Marketing Tips: How to Use a #Hashtag 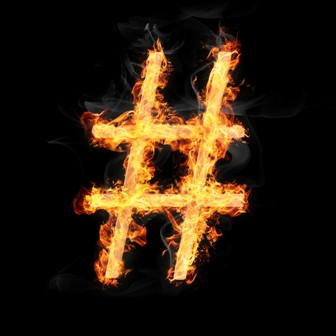 I’ve just recently jumped on the #hashtag bandwagon. I didn’t use them much in the past because to be honest, they were mainly used on Twitter and Twitter just isn’t my personal social medium of choice. Plus, #hashtags were just really #annoying because I didn’t really understand their true purpose. I have been an avid Facebook user since it hit the mainstream though. So, now that there are #facebookhashtags I’m more inclined to use them. Today’s internet marketing tips help explain the #hashtag and its uses.

If I did use #hashtags before it was mainly to annoy my sister and husband because they think #hashtagsaredumb. But now that there are #hashtags on Facebook I understand their purpose much better and think you should too. (I promise I won’t continue to use them so generously in this blog – that truly is just #annoying!)

What is a hashtag?

A hashtag is simply just text without spaces with a pound sign in front of it. For example, #Iloveicecream. Basically a hashtag groups similar topics together in one place. Hashtags began on Twitter and have since evolved to Instagram, Pinterest, Google+ and now Facebook. For the purpose of this post, we’ll focus on Twitter and Facebook, but hashtags are pretty much used the same wherever you are. Here’s an example of what the results look like when doing a hashtag search in Twitter for #Iloveicecream. All the posts listed talk about ice cream and are grouped together because they used #Iloveiceream. Simple, right? 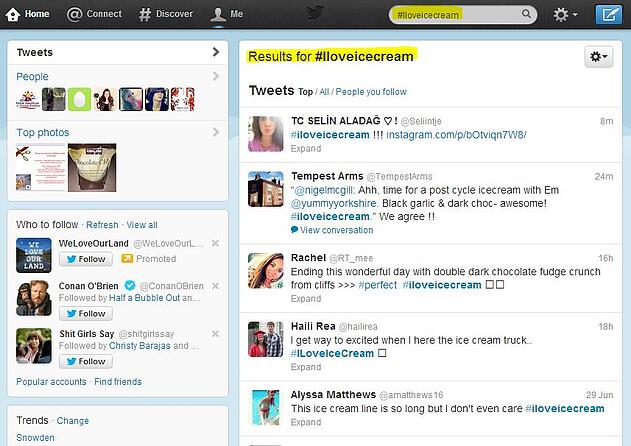 Why are hashtags important for internet marketing?

Anyone can create a hashtag. I’ve even created one for my daughter #sydneybean so family members who live far away can quickly do a hashtag search in Facebook to see the lastest photos, videos or new things she’s doing, all in one place without having to scroll through status updates. But that’s just for fun. The popular use of hashtags as part of a company’s internet marketing strategy is to help with branded advertising campaigns. This can be anything from a new product release, to an event taking place, to getting customers engaged in discussions. A great example is hashtags that were used to coincide with last year’s Super Bowl commercials. A few that received the most mentions on Twitter were:

A Twitter hashtag ties different user’s conversations together into one stream. This allows Twitter users who are not connected to talk about the same topic. The hashtag they use causes their tweets to appear in the same stream. This helps facilitate a conversation, as well as solve a coordination issue. Some hastagged words or phrases become a trend because so many people are talking about the topic. These are known as trending topics. This can help the social media or blogging components of your internet marketing strategy because by posting about what is relevant and trending people will be interested. Twitter hashtags can be found by using the Twitter Search tool.

On June 12 hashtags on Facebook were introduced. Similar to Twitter, hashtags on Facebook help people more easily discover what others are saying about a specific topic and participate in public conversations. Until now, people would use hashtags in their Facebook posts, but they didn’t really serve much of a purpose. I thought they were just trying to be cool. The hashtags at least helped promote the hashtag that was used and had a purpose in other social media platforms. But now, those hashtags are clickable on Facebook. They will be hyperlinked to indicate that they are part of a larger discussion. When you click on the hashtag you’ll see a feed for what other people and pages are saying about that event or topic. For example, the series premier for the final season of Dexter was last night and people began to talk about it: 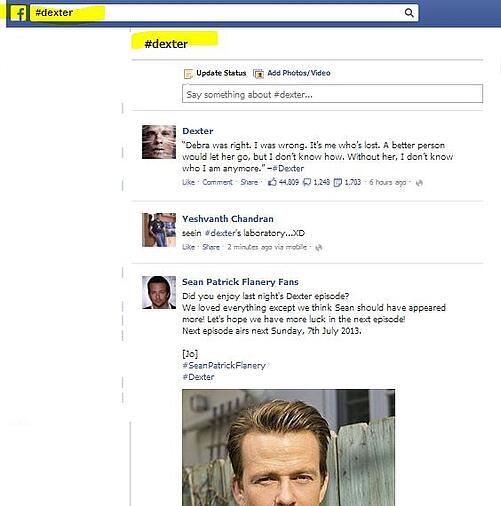 I no longer think people are using hashtags just to be cool. They do serve a purpose and are quite fun and addicting once you give them a try. Whether you’re sharing an exciting moment happening around you, talking about a favorite movie, cheering on your favorite sports team, or engaging with others about a breaking news story, hashtags help you connect with other people about topics you have in common.

If you want to learn more about hashtags, visit hashtags.org or start using hashtags yourself and have fun experimenting. Consider using hashtags as a part of your internet marketing strategy and see what happens!

Why is Social Media Important? Because Everyone's Doing It!

Why is Social Media Important? One Night Stands vs. Long Term Relationships