Say Goodbye to The Most Interesting Man in the World 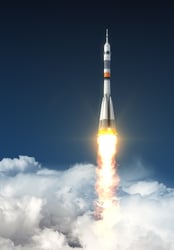 Ever heard of Dos Equis beer? You probably have, and there’s a good chance that it is due to the wildly successful commercials featuring the “most interesting man in the world”. This character, played by actor Jonathan Goldsmith will officially be retired soon. The popularity of these commercials, and the ensuing brand awareness of Dos Equis have made this campaign one of the most successful of recent advertising memory. With famous lines such as “When in Rome, they do as he does” and “If opportunity knocks, and he’s not home, opportunity waits” it was hard to miss the humor of these commercials.

Here's what a recent USA Today article had to say:

"After roughly nine years, the brewer of Dos Equis beer has decided maybe the world's reigning "Most Interesting Man" isn't so interesting anymore.

As a result, the tan, suave, impressively bearded "Most Interesting Man in the World" is about to embark on his final journey over the next few months before fading into the pantheon of advertising icons.

But the man, who jaunts around the world on enviable adventures while often surrounded by beautiful women, certainly made life more interesting — and successful — for the previously under-the-radar Mexican beer brand.

… Dos Equis, owned by Amsterdam-based brewer Heineken, nearly tripled its business since the campaign was introduced, says Andrew Katz, vice president of marketing for Dos Equis. In the past year alone, sales of Dos Equis Lager Especial grew 10.2% to $325.3 million in the 52 weeks ended Jan. 24, says market research firm IRIWorldwide. The number of cases Dos Equis shipped between 2007 and 2015 grew by 34.8%, according to the company. Heineken estimates that about 25% of its future growth will come from the Dos Equis brand, helped by its appeal to the growing population of Latino men.

Though the specific character played in TV ads by veteran actor Jonathan Goldsmith, 77, won't be back, another equally interesting and likely younger man will take his place, Katz says.  Dos Equis plans to revamp the popular commercials in order to keep their edge for a new generation of customers."

In the final commercial, the most interesting man in the world is flying off on a one way trip to Mars. As the article mentioned, these campaigns will be kept going in a new and interesting direction with a new actor. What direction that is remains to be seen. Those in marketing and advertising should especially take note, because if this transition is done right it could do a lot to carry brand momentum forward. If it isn’t done right, it could be a huge flop. We’ll be watching for sure. In the meantime, we hope he has as much success on Mars as he has had here on Earth.

If you are looking for help with your marketing and advertising, contact us today.