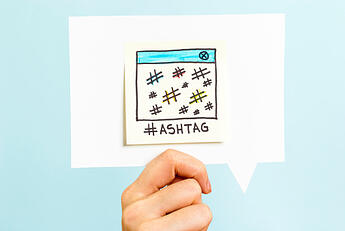 Hashtags can be confusing. There’s kind of an unspoken rule about them when it comes to using them in marketing in social media. But to efficiently and effectively use Twitter for business you need to know what you’re doing and even more importantly, what not to do.

If you are marketing for your business and aren’t using hashtags you’re missing out on opportunities. And if you are; just because you use them, doesn’t mean they are doing you any good because you may not be doing them properly.

The ones that kill me are:

I’m sure you’ve seen some like that? Or maybe you are the culprit!

Give this HubSpot blog a read. It goes into more detail about specifically what type of hashtags to stay away from and how to implement them the right way.

7 Silly Hashtag Mistakes No One Should Make

1) Your hashtags are too long and confusing.

The purpose of creating hashtags and including them in your tweets is to encourage other Twitter users interested in the same topic to contribute to the conversation. Since you are only allotted 140 characters on Twitter, if your hashtags are too long, other Twitter users will not have enough room to add their own content to the tweets ... which could actually discourage them from including your hashtag altogether. So if you want people to use your hashtag, keep it short, sweet, and memorable.

Since hashtags are often used to increase engagement with brands and/or to grow awareness about a particular event, a hashtag is only useful if people know that it exists. As a result, if you are looking to use a hashtag in connection with a specific campaign, it's a good idea to promote the hashtag in any related marketing materials and channels. Without that extra promotion, no one will know which hashtag you're using -- or if there's even a hashtag in the first place.

3) You don’t consider if/how people are already using the hashtag.

It is important to do a search to see how a hashtag is already being used on Twitter before you include it in any of your tweets or build a campaign around it. Depending on what you find, you may need to revise your hashtag.

If there is a lot of conversation around a hashtag already, you might want to consider selecting a hashtag that is not as popular. That way, you can make sure that the conversation surrounding the hashtag will not become diluted due to an influx of unrelated tweets and/or audience members.

The other reason to search for a hashtag before including it in any tweets is to avoid getting yourself into trouble by using a charged hashtag that already has a specific meaning attached to it -- which brings us to our next point.

Is this hashtag talk making you want to pull your hair out? Stop right there! You don’t have to. Social media is a part of an inbound marketing campaign—which us here at Half a Bubble Out do, for businesses just like yours! We’d be happy to help or answer any questions.

What are some of the craziest hashtags you have seen people use? Comment with them below.