How Cloud Services Have Revolutionized Business

“The Cloud” has become somewhat of a household term over the course of just the past few years, and for good reason - it has changed everything. The way we store, share and access data today is remarkably different than it was years ago, thanks in large part to cloud computing, a term first coined by executives at Compaq in 1996. It wasn’t until 2006, however, when Google and Amazon began to use the term frequently and the technology became a huge part of how the Internet operates.

As the cloud began to take shape, a plethora of other tech giants took notice and worked feverishly to find ways in which they could incorporate the technology into their own products and services. Today, the cloud plays a vital role in business operations for practically every industry - especially the marketing, medical and technology sectors. Without it, companies would have to revert back to dated practices for sharing information, and many would likely see a collapse as a result. 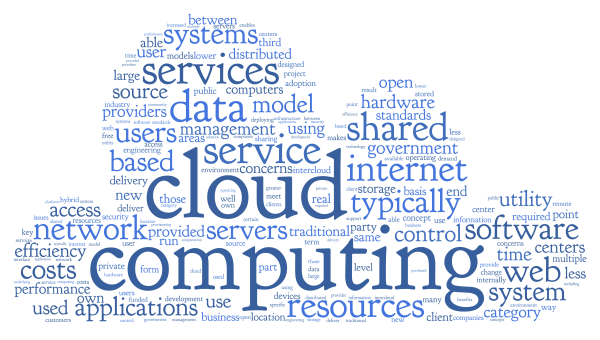 The Current Impact of the Cloud

One of the major reason why cloud computing has had such a major impact on the way we use the Internet has to do with the early adopters and proponents of this type of technology. Take Dropbox, for example, a service that has made sharing files and documents with someone across the world as easy as dragging them into a virtual folder on your desktop. Without the cloud, this could never be possible. The same can be said for iCloud and Google Drive, both of which mainstreamed cloud usage, have a huge presence in the global business landscape and can be used as collaboration tools. What has resulted for many businesses who find themselves devoted to the cloud is a faster, more efficient workflow that can never be replaced.

The cloud isn’t just for storing and sharing files between friends and colleagues, though. It has shaped the way consumers make purchases and view/listen to media. Smart phones, mp3 players and streaming music services all rely on the cloud in order to function properly, resulting in streaming music/video that can be accessed at a moment’s notice. If anything, the cloud has changed the way we wait to consume information - it has added immediacy to practically everything associated with it.

Cloud Technology and the Future

The future looks bright for cloud technology. Companies will no doubt continue to embrace it and seek ways to better integrated it into what they’re doing, not to mention the fact that the technology will become less expensive and easier to use as time goes on (it’s already quite simple/inexpensive). As 4G and other mobile networks continue to advance and become more reliable/fast, the need for high-speed Internet or wireless won’t necessarily decrease, but will rapidly improve the effectiveness of cloud, streaming and virtually any mobile device. The better your Internet connection is, the better your cloud system will run and the less chance you will have of any valuable information being dropped. As Blake Sanders in his article on BroadbandExpert.com suggests, finding an ISP provider that is efficient (and runs at high enough speed to support cloud computing) is as simple as searching by zip code and selecting from several options accommodating varying budgets.

While fears over a “cloud collapse” are omnipresent, the fact that information stored on the cloud is typically backed up on a variety of different servers practically negates any type of worry that one might have, and this technology will also continue to improve. In other words, there’s never been a better time than now to embrace cloud computing, as it’s not going away anytime soon.

This is a guest post by Camille McClane, a tech writer and infographic designer who enjoys writing on all-things tech, including broadband and WiFi, streaming, cloud computing and more.