The Walking Dead is Killing it at Social Media 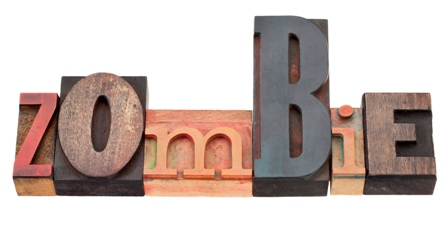 The hit TV show The Walking Dead definitely knows a thing or two about why social media is an important aspect in your internet marketing strategy. They have created a revolution in television; engaging their viewers so that the show becomes more than a TV show – it’s a social activity. How have they done this, you ask?

AMC’s The Walking Dead is doing much more than just airing flesh eating zombies on the tube, they have also brought them into every aspect of our life by being active on many of the major social media networks: Twitter, Facebook, Instagram, etc.

The Walking Dead Twitter page is definitely not dead. Haha, get it? OK, but really it’s no joke—it has 1,881,375 followers. Let’s break that down to analyze a few things they are doing that has contributed to why their following is so large so that you can do the same with your business.

Why is social media important? To engage followers:

The social media team for The Walking Dead are geniuses when it comes to getting viewers engaged with using social media.

If you have ever watched the show you may remember that at the bottom of the screen they post certain hashtags that Twitter users can tweet while watching the new episode. This creates engagement and conversation not only between the show and its viewers but fellow viewers alike.

So, for example, on October 20, for the second episode of this season the hashtag “#TheWalkingDeadin5” became a trending topic on Twitter in a matter of seconds, five minutes before the new episode started. But, it didn’t end there, throughout the episode suggested hashtags were displayed at the bottom of the episode to encourage fans to search that hashtag as well as post with that hashtag their thoughts about what was going on right at that peak moment in the episode. Hashtag, hashtag, hashtag. Whew, that’s lots of hashtag talk.

The Walking Dead Twitter page initiated the trending hashtag in a post seen in the screen shot below. They also asked for those viewers to retweet it, in which they received 4,484 retweets. Not bad! 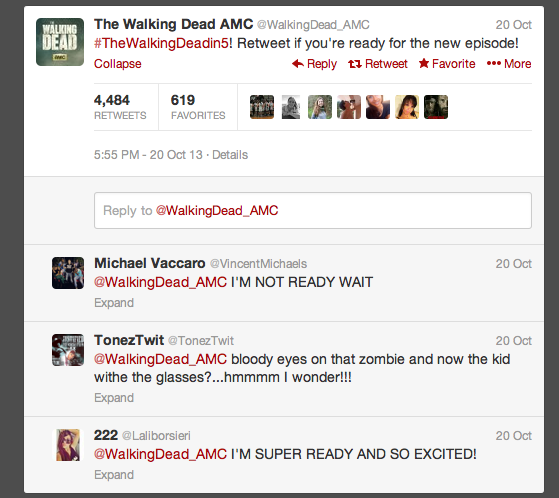 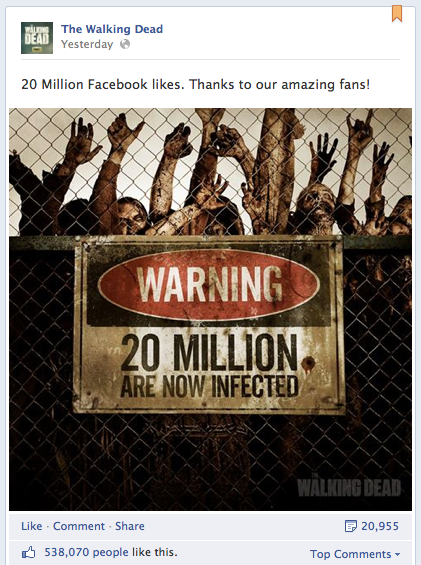 The Walking Dead Facebook page is very much alive as well, with a total of 20 million fans, which they recently just celebrated. Folks, that’s a lot of zombie fans.

The show’s marketing team realizes this and is definitely taking advantage of it. They used the monumental social media moment as an opportunity to show that they care about their fans and that there are indeed real people behind The Walking Dead social media page by posting a “thank you” status, which generated over 538,000, likes.

Why is social media important? To interact with fans:

Facebook is where the deep interaction takes place. People comment on statuses, pictures, other people’s comments etc. Conversation is happening throughout the episode and even throughout the week, sparked initially by the social media team behind The Walking Dead page but also by viewers asking their own questions.

For example, the marketers behind The Walking Dead Facebook page actually pose questions and interact instead of just pushing out content or images. Asking questions or directly asking the fans for involvement will result in just that—more involvement. 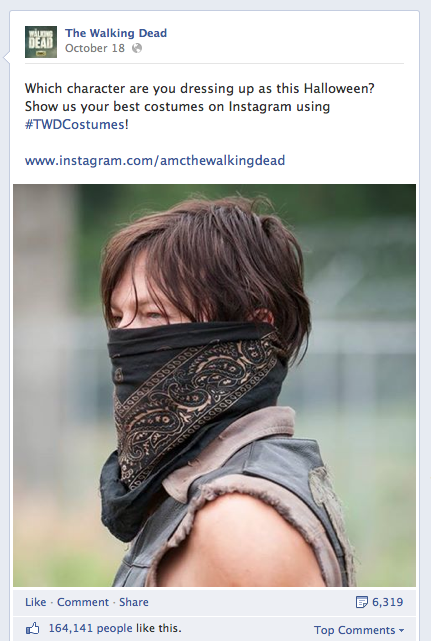 Of course The Walking Dead also has an Instagram - with all those gory photos of zombies to post, why wouldn’t they? However, along with posting photos of the actors, behind the scene peeks and zombies they encourage their fans to post as well.

The Walking Dead’s social media pages have almost become just as important as watching the show. Why is social media important to the show? It is where the conversation carries on before the show starts, while the show is airing and after the show. Watching their pages closely and pulling a few pointers from what they do may help you boost your social media presence, which is an important aspect of your internet marketing campaign as a business. Look out, here come walkers!

What do you think about The Walking Dead’s social media campaign? What aspects do you use for your business?

Social Media is Important for Your Small Business Marketing Strategy 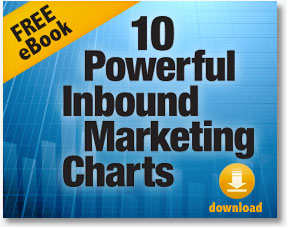 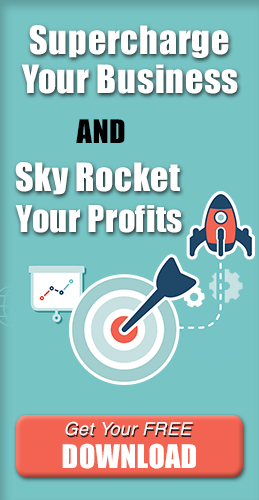 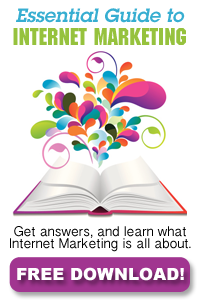 • Why Our Clients Use Us

• Our Values, Beliefs, and Quirks

• What’s With Our Name

Half a Bubble Out
Marketing, Advertising and Consulting