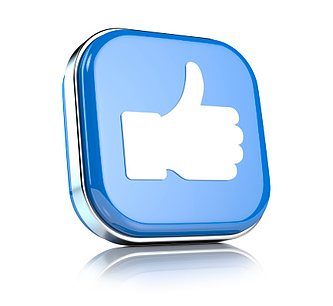 You heard right, there are rumors that Facebook will be launching video ads in your news feed.

Facebook has dabbled in sponsored content that gets sprinkled throughout users’ news feeds for some time. The first iteration, sponsored stories, gained attention from both creators and viewers of the ads. Don’t remember giving permission for these sponsored stories? That’s probably because you didn’t, and that's why Facebook was slapped with a lawsuit that cost Facebook $20 million.

Sponsored Stories were then replaced with Promoted Posts. How did these work out for Facebook page owners?  Many business page admins reported a drop in engagement and traffic to their pages. Facebook's response, “We worked to groom users’ news feeds to show them only content they wanted to see, and an overzealous number of postings from a given page were liable to be left off the feeds of their followers.”

Facebook has its challenges. They are just like any other business - they need to make money and apparently they have a plan - video ads!

The Financial Times reports that the strategy is likely to launch in July and features video ads distributed across the user's news feed with current suggested posts. The first video in the stream will be set to auto play and will play without sound, which might add some comfort to those who oppose the addition of video ads in news feeds.

The social networking site will be charging in the “low $20s” per thousand video views, even when users have not activated audio, if you choose to unmute, the video will start afresh, according to people familiar with Facebook’s plans. Each ad will be limited to a maximum of 15 seconds of airplay and, to give more powerful exposure for brands, Facebook will initially ensure that individual users see video content from only one advertiser in any one day.

If successful, sources say that video ad integration could boost Facebook's revenue by more than $1.5 million (just under £1 million) per day. However, this really depends on how the video ads are received by users. If Facebook users decide these ads are obnoxious and irritating they might abandon the platform. This would result in much less ad revenue.

This morning we had a casual and impromptu conversation about these new Facebook video ads. The majority of the office decided it was understandable that Facebook would start a new ad option for marketers. They need money, especially after becoming a publicly traded company, and having angry stockholders and board members breathing fire. On the flip side, we know some Facebook users are already frustrated with recent Facebook changes, and this new video ad could give users even more reason to jump ship for Google+.

How Will This Affect Your Business?

Hypothetically, if your marketing agency or team came to you and said,” There is this great new feature on Facebook, you can do video ads! The only catch is the first time your ad plays it won’t have sound and you will be paying in the low $20 range per 1000 video views..."

Would you agree, or call them crazy?

We really want to know your opinion on Facebook video ads. Here are a few questions we have been marinating on, please add your answers in the comments at the end of this post.

Would you be annoyed by a video ad playing on your Facebook page?

Does it help that the first ad will have no sound?

Would you advertise your business with Facebook video ads?

Will one video ad a day be tolerable?

Do you agree with Facebook’s decision?

(Please answer in the comments section after this post.)