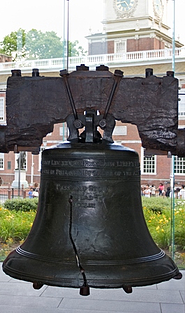 Did you get fooled on April 1? What once was a day devoted to silly practical jokes (whoopee cushion anyone?) and sometimes mean-but-not-too-mean-pranks (“I eloped in Vegas last night mom and dad!”) is now getting big name brands involved. These almost believable spoofs are especially appreciated by us internet marketing consultants, because well, we’re geeks for this creative marketing stuff. Over the years, brands have had their fun with April Fool’s Day. Here are some all-time favorite marketing pranks:

On April 1, 1996 Taco Bell announced its plans to purchase the Liberty Bell to help decrease the national debt. Its new name would be the “Taco Liberty Bell.” While some people found this hoax to be unpatriotic, it’s really pure genius because 17 years later it’s still being talked about in an internet marketing blog.

In 1998 Burger King announced its newest burger the Left-Handed Whopper. The burger would be redesigned to “fit more comfortably in the left hand,” but would contain the same ingredients as the regular Whopper. As ridiculous as it sounds, lefties and righties alike actually got in line for the new sandwich. Some people are so gullible!

When it comes to internet marketing pranks, Google takes the cake. In 2012 Google announced a new feature for email – Gmail Tap. Gmail Tap would bring Morse code back – on your phone – by replacing the default keyboard in the Gmail application. It would only have two keys and every letter could be spelled using the two commands. It would be a new way to multitask. LL Cool J even got on board with this prank.

Twitter made the announcement that it would start charging users $5 a month to tweet words with vowels. Everyone would still be able to use the basic service, they would just be limited to using consonants only. This one actually had me fooled – for a second. Wll plyd, Twttr. Wll plyd.

Now more than ever brands are using the power of viral messaging and social media to get their message across and just get in front of an audience. April Fool’s Day pranks that work (and there are some not mentioned here that have crossed the line) are just one example of a way to have fun with your brand and also show your brand’s personality. Even tech brands likes Google have a sense of humor, and for an internet marketing consultant, I appreciate that!

What's your favorite April Fool's Day prank, either that you've played or that had you fooled?