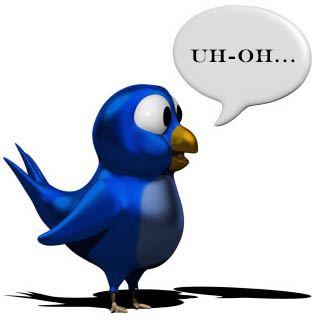 Twitter is a great tool for businesses to share their content on as well as build relationships and generate leads. However, there are certain mistakes that many people are making on Twitter that is negatively affecting their small business! While Twitter can be highly beneficial to your business, it actually hurts you if you make certain mistakes. Keep reading to find out what those are so that you don’t make them, or can stop making them!

Here are a few statistics about Twitter that really show how valuable it is for a business to utilize in order to reach an audience:

Now, onto the mistakes that are hurting your business:

Really, what’s the point if you’re not using hashtags on Twitter? You are drastically limiting the potential of your tweet if you aren’t utilizing hashtags in your posts. I understand that you may have your blogs automatically pushed to Twitter, but, really, spending that extra few minutes to add a few hashtags is totally WORTH IT. Hashtags help to categorize your tweets and get them found when people are searching for a particular subject.

Who likes someone that only talks about themselves? Share other businesses blogs or ideas to show that you are staying current with your industry and value other ideas.

Tweets that include an image are 47% more likely to be retweeted, according to a study done by Buffer. Now, this doesn’t mean just any image. The image should be relevant and compelling, say a graph that supports your blog idea or an infographic.

Also, the image should be posted directly to Twitter so that a preview is shown. This means it should be a pic.twitter.com link. Do not use Instagram to post your images to Twitter. In fact, Instagram links are 42% less likely to be retweeted. This is because it’s a hassle to the viewer; they can’t see an image directly on Twitter and must follow the link to Instagram to do so.

Tip: Canva is a great place to produce images for your social media posts. Be careful posting cheesy stock photos. Not many people will want to retweet that.

Stay focused! Just because Justin Bieber may be trending on Twitter, don’t try to newsjack it or hop on the bandwagon. If you tweet about social media tips every day, then continue doing so. The people that are following you followed you for that very reason. If you start tweeting about off topic things, you may lose followers.

Never, ever buy followers. This just looks so bad on your part. Sure, you may have a number that is larger under your following amount but if there isn’t anyone interacting with your tweets, it’s pretty obvious you purchased your followers. Also, the followers that you paid to follow you are most likely fake spam accounts, not real people.

When you rely solely on automation and never login to your Twitter or use some other management software you’re not engaging with your followers or seeing what others are saying to you on your account. If someone tweets to you, especially a prospective lead or current customer, and you solely rely on automation, not replying can hurt you. It’s good to retweet, favorite and engage in conversation on Twitter. Yes, it takes a little bit of extra time but it’s necessary to be successful.

This is probably the biggest mistake I see people make on Twitter. Even those who have thousands and thousands of followers make this mistake. When you use someone’s handle (their screen name that starts with the @ sign) in a tweet, and it’s the start of the tweet, only you and that person will be able to see that tweet in the news feed. Unless you wanted this to remain more private on purpose you are drastically limiting the amount of people that will see that tweet.

Here’s a good chart to sum it up:

Now that you know better you’ll start noticing just how many other people make these mistakes. If you stay away from making these mistakes or change the way you tweet we bet you’ll see your engagement, impressions and amount of followers increase.

What do you think is the top mistake that people make on Twitter?

To learn more about how Twitter and social media is part of a bigger internet marketing strategy, download the free guide below.

How to Make a Small Business Grow With Twitter [4 Steps]